Jumpstart Pro is the best Ruby on Rails SaaS template out there. Focus on your business, not on the boilerplate.

Jumpstart your next app 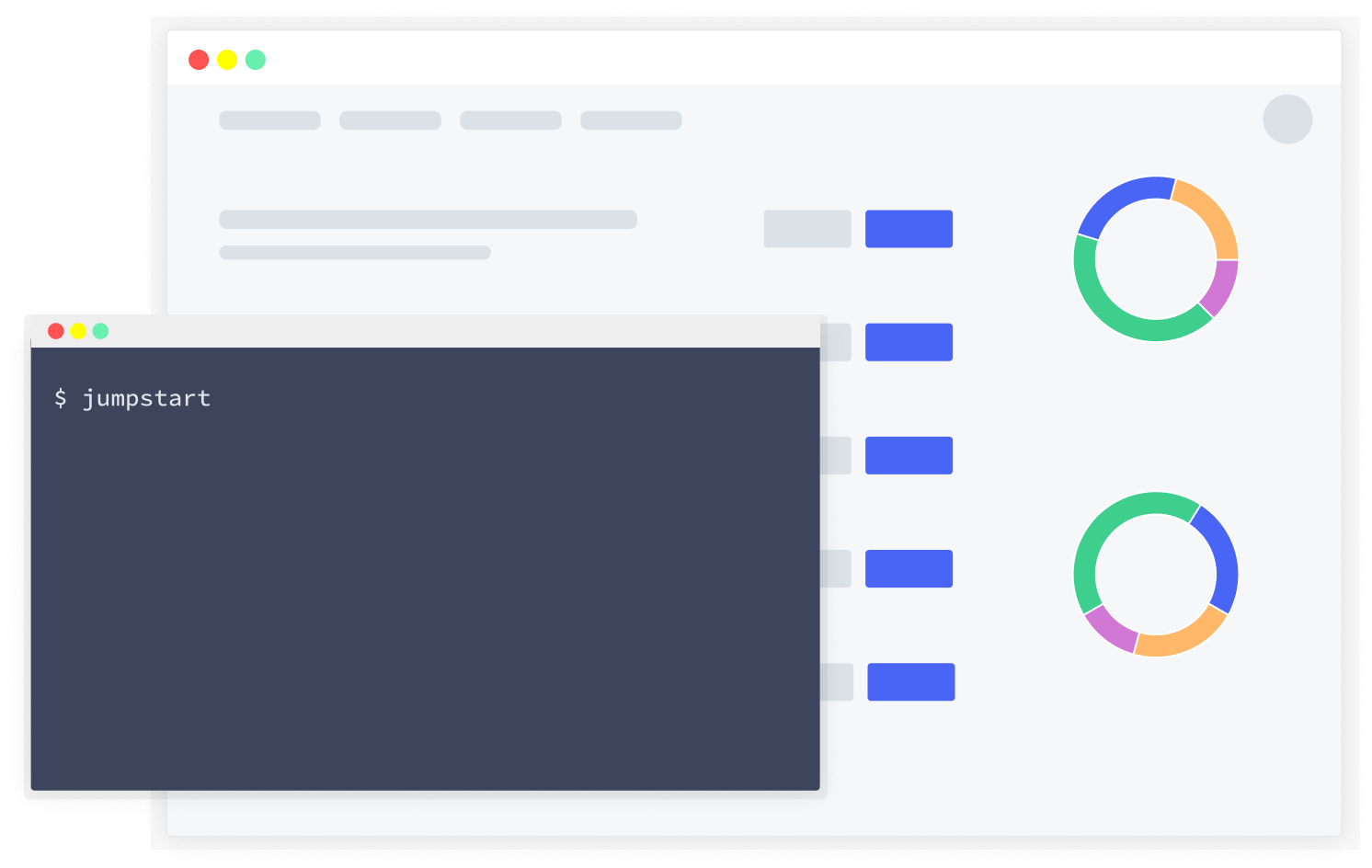 On a mission to empower Ruby on Rails developers

Building products is hard. We've built our fair share and we've noticed the problems you always run into.

Something as simple as adding Teams to your application can get really tricky, really fast. We've learned this the hard way and that's why we built Jumpstart Pro. It comes with everything out of the box, it's well designed and it sticks to the Ruby on Rails philosophy.

Everything your app needs and more

Building a SaaS business with Ruby on Rails doesn't get easier than Jumpstart Pro.

Choose from Stripe, Paddle, Braintree, or PayPal to launch your product quickly.

First-class multitenancy support lets you share resources with your team and keep them secure.

We're using the latest Ruby on Rails technology and keep it up-to-date so you can build products quickly and with small, efficient teams.

Webhooks are wired up to automatically email customers PDF receipts and invoices.

Keep your customers in the loop with new features and updates using our built-in announcement system.

Customer support is a breeze with impersonation so you can login and help users with your product.

Create a stunning application with a utility-first CSS framework and TailwindUI.

Pull in updates to your Jumpstart Pro app at anytime from our Git repository.

We've got you covered with realtime notifications in the database, navbar, email, Slack, and more.

Your Jumpstart Pro app comes with a staging environment out of the box so you can test things before launching to production.

You can customize absolutely anything in your Jumpstart Pro app. We follow Rails best practices to make it easy to understand and learn from.

Jumpstart Pro is fully internationalized and comes with translations for several languages out of the box.

We make it super simple to enable login with Twitter, Google, Facebook, GitHub and any other OAuth provider.

Jumpstart Pro includes a generic API client that you can use to integrate with any API. Run our generator, implement the API endpoints, and you're off to the races. No extra dependencies, and it's easy to maintain.

Jumpstart Pro is everything you need, and nothing you don't. As an entrepreneur, I need to get my product to market fast. Jumpstart Pro gave me the leverage to build my idea and leave the 50% boiler plate code in the dust. I would highly recomend this to anyone starting their next project.

Adding Payments to your Ruby on Rails application is hard to get right. We've integrated the most popular payment providers for you so you can focus on your product, not on payments.

We built Jumpstart Pro to solve the repetitive problems of configuring a new rails app ...It's like Laravel Spark, but for Ruby on Rails. All your Rails apps should start off with a bunch of great defaults saving you time and energy.

New
Jumpstart Pro now ships with a built-in API client generator. You can use it to create your own API clients for integrations with any API you would like.

As developers, it's easy to reach for Rubygems, but each dependency we add makes it harder to maintain your application. We've found that we need to fork most API Rubygems to fix bugs or implement API features that aren't supported yet in the library.

Now, our default is to build an API client ourselves. It's easy to maintain, doesn't break from external changes, and only implements the features we need. We've made this available to Jumpstart Pro users to more easily take advantage of building their own API clients.

It's customizable so you can override the authentication or response parsers to work however you need.

You can generate an API client using the following command:
This will generate your API client and test file. You can then implement methods for API endpoints.

Here's an example integrating with the OpenAI API:
Usage of it would look like this:
September 30, 2022 12:49am

We're moving the forum for Jumpstart Pro over to Discord and the GitHub repositories. We recommend using the GitHub Discussions so other people can find your questions and answers, but Discord is also a great option if you need some quick help on anything. 👍
September 8, 2022 3:59pm

Renamed the master branch to main for Jumpstart Pro Rails

We've renamed the master branch to "main" now for Jumpstart Pro Rails. This matches the iOS and Android repos as well as GitHub's default branch naming.

To update your local clones, you can run the following:
See more updates ›

In my previous life, I was a PM who was constantly bombarded with requests to build things. Our engineering team was tiny so we had to be ruthless with what got worked on and what didn't — so everything was scored and prioritized against our own set of criteria. It helped everyone else see not only what was getting built, but why. So I put my process into software form. I couldn't have built it without JumpstartPro!

Ready to get started? Get in touch or create an account.